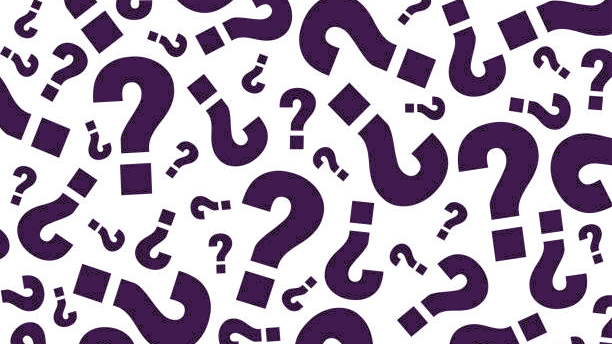 Simply put FLR is when women lead men – men who want to be led by them. Of course this happens every day in all types of situations such as business, education, healthcare and home. The phenomenon is when men want/ask women to lead in their personal lives. Because women already contribute to the leadership of men and men readily accept it, there must be a difference — the passion men feel about FLR is deep and varied. Imagine a strong man, say a broker who makes 2 times a six-figure income and is otherwise successful in many ways asking his woman to led their relationship. He might ask to participate in pampering her in intimate ways; he might ask to serve her like a butler. Many men want the woman to rule over him, making demands and exacting punishment for any infraction. This scratches the surface of where men want to go for FLR. So FLR to men is deeper and richer than simply being led by a woman or following in a supportive role. It is erotic.

You should note that any man asking for FLR is crying for help. There are some real or imagined issues that are solved by FLR. It may be an issue of safety, motivation to be a better mate, an obsession with kink, deep desire to serve, a penance for something he did wrong, and effort to save the relationship, a statement of unworthiness or fanatical idea to worship a women or women in general. All of these, combinations of these, and other motivations are the reason for his cry. Remember this is a man who is likely willing to beg you for the privilege of serving you. To define his view of FLR, it is wise to get to the bottom of things, investigate exactly what he wants and get him to give full disclosure..[read more about Guide to getting full disclosure from your man…]. A word of warning, full disclosure may include things you might not want to know about your mate. Remember the Carly Simon lyrics “sometime I wish I never knew those secrets of yours”.

FLR spans the gambit from bossy women shaking things up at home to voluntary ruler/slavery. We divided FLR into 4 segments for discussion. 1) Low key female leadership where a woman leads informally and derives little benefit from leadership and has some interest in FLR. 2) Moderate female leadership where women formally lead with benefit but have little/small interest in kink and moderate interest in formal FLR. 3) Formal FLR where the woman has taken control of the [5 food groups] (element one can control), has an interest in some or perhaps all kink and has a high interest in formal FLR. Lastly 4) Extreme FLR where the woman is elevated to ruler and has a high interest in kink and formal FLR and the man is reduced to a slave. Each of these levels likely has a place where women natural nurture, give and serve their partners at some level.

rate your interest in FLR – take the quiz

“If you look at FLR it looks like the safest relationship a woman can have. She makes the rules, she sets the boundaries, she has final say and he both loves her and supports her in her role. In any other relationship, women do not enjoy that kind of freedom or safety. This is a functional model for any woman who wants more control and less strife. There should be zero downside to female led relationships when entered into with open eyes and a whole heart between two people who love each other.”

As we are about to describe FLR has two perspectives

It is a guess but most likely more women would prefer to have an ideal relationship where she and her partner were relatively equal and they made decisions together, had common interests and a great sex life. Most women don’t want the idea that she would control her man. The expression “I did not sign-up for that” might slip out her mouth or perhaps “wow, that is unusual” in response to her man asking her for some of the things men want from FLR. Many women are willing to go a little ways down the path, taking more responsibility and control but are not willing to go all the way. These women likely have an interest because they love their man and not because they are interested in FLR or kink per se. So she allows him to take on more house work and pamper her a bit but the moderately to extreme kink and fantasy are left out making the experience satisfying for no one and often frustrating for all.

Some women who take the request for leadership seriously indulge their man. These women may have several motivations such as “I am willing to try it”, “I could use the help”, “I am better with money than he is” and such. These rationale combined together make the experience worthy. Moderates indulge their men in service and kink to but often don’t understand why someone who wants to serve must be indulged or punished. They cannot understand “the extreme things”. They most often don’t want anything to do with punishment or very kinky activities. This level shows a real interest in trying FLR and pleasing their partner. Men with obsessive behavior sometimes push the envelope trying for more and moderates back off, giving less.

Possible Perspectives: From the woman’s perspective, she is trying to see if she can make things better and receive some benefits. She cares deeply for the well-being of her mate and is showing it. She is curious to see if it can work. From the man’s perspective he, is moving in the right direction and may be satisfied for some time. At some point, he may require more especially if he has not divulged all of his desires.

Formal FLR relationships are led by women who are sold out on the idea of leading and have a higher need for and understanding of control. Formals have digested the psychology of motivation for their men and weighed the benefits and risks of the various activities she could participate in or lead. Formals often have very servile mates who are indulged in many kinks and fantasies at whatever level the formal feels comfortable. The relationship likely looks like a reverse traditional relationship where the man is the submissive/supportive wife with the added features of male chastity, indulged kinks and servant like attention from the man to the woman. The woman likely still serves the man as well, providing a more motherly touch to him. Formals have taken charge of the 5 food groups, those areas of life that men and women can negotiate successfully: 1. Free Time (how he spends it), 2 Finances, 3. Life Direction (where they are going as a couple/family), 4. Sex, and 5. Household Chores. Formals may have a few extreme elements in their program, things that she enjoys controlling.

Possible Perspectives: From the woman’s perspective, she is trying to see if she can make things better. She likes the idea of the benefits and some of the kinks. She cares deeply for her mate’s well-being and is showing it. Motivated to make it work but understands she is in control, she must move her agenda forward. From the man’s perspective, he is content with the relationship and will be satisfied for some time. If he has not divulged all of his desires, there may be pressure for more. This pressure is already under the control of the woman who could grant the addition or shut it down with little or no consequences.